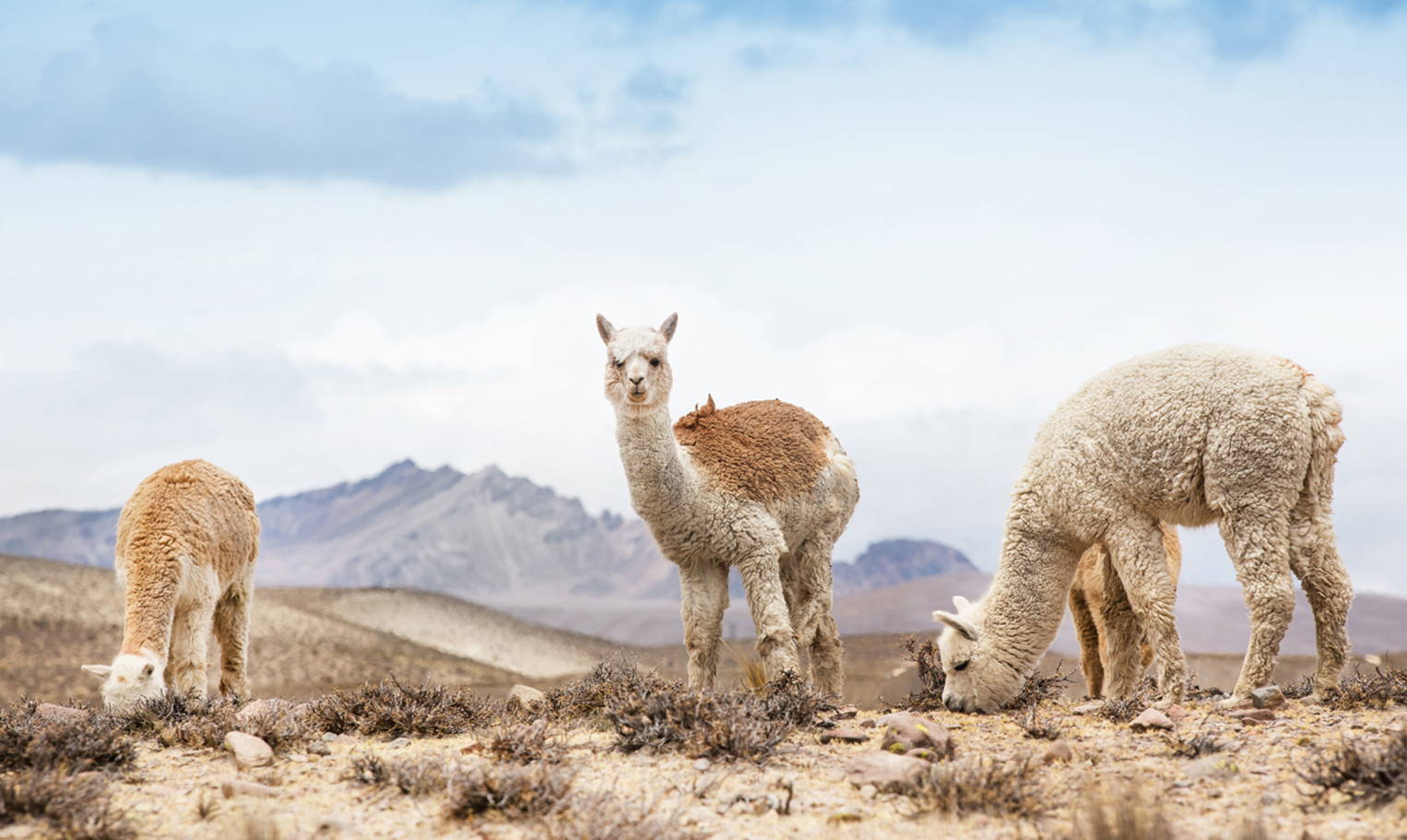 Everything you need to know

An introduction to the eco-friendly luxury you should be looking for in all of your winter accessories. Here's what to know about alpaca.

Alpacas are part of the South American camelids family which includes llamas, vicuñas, guanacos, and alpacas.

Camels and alpacas are cousins.

Llamas and alpacas can crossbreed. Their offspring are called huarizo.

Adult alpacas are 4 to 7 feet long.

Due to a lack of teeth in the top front of their mouths, alpacas look like they have underbites. 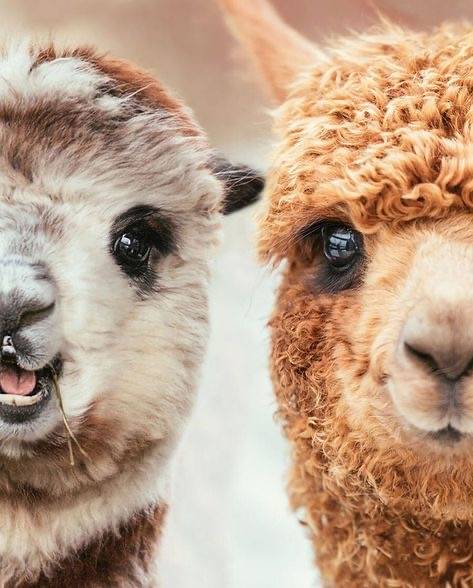 Almost 4 million alpacas live in Peru according to an article by luxury fashion entrepreneur, Carmen Busquets. Alpacas are woven into Peru’s heritage. The farming, shearing, and use of these four legged fluff balls is a tradition that can be traced back to the Incas. Alpacas were worshiped for their strength and "rare qualities", according to Mochni.

Today, 80% of the world’s alpaca fibers are produced in and exported from Peru, also according to the site. In 2017, Peru’s alpaca industry was valued at just over $68 million. According to Forbes, it shares a similar value to Miami’s most expensive penthouse. The alpaca industry supports over 120,000 families in Peru, unlike the aforementioned six bed, eight bath.

Indigenous farmers use the same practices to raise and shear alpaca as their ancestors once had. Modernization has not embraced the use of harsh chemicals. According to Busquets, the weaving process has started to incorporate modern technology with artisan hand knitting. 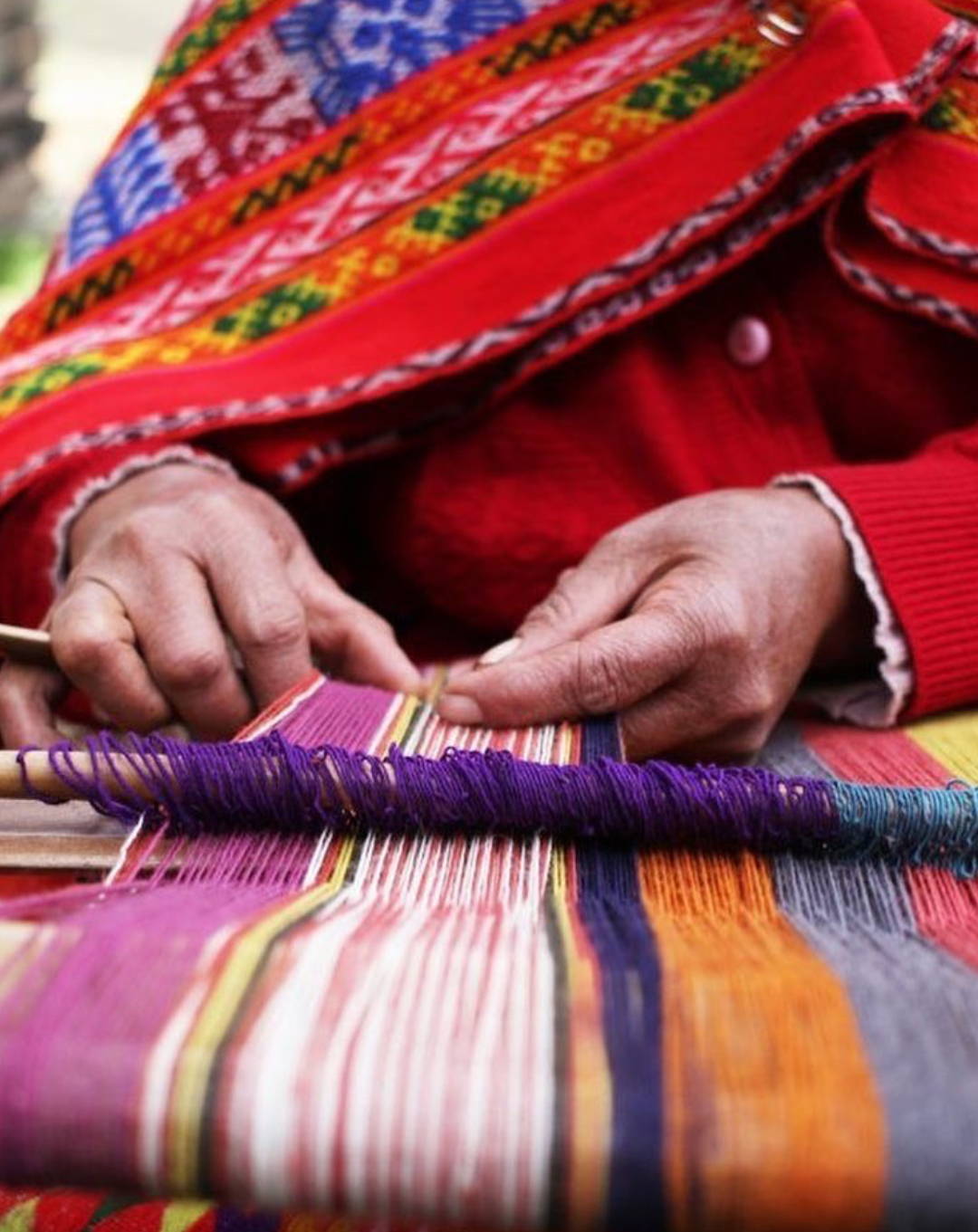 Alpacas have smaller footprints than other grazers. For starters, their hooves are softly padded, which reduces their environmental impact according to EcoLife. They don’t eat or drink as much as their goat and sheep counterparts, which makes them even else’s of an environmental strain. And, because females can only give birth to one cria every eleven months, it’s in the farmer’s best interest to let them live to be as old as possible. “Some farmers put tracking collars on their alpacas, and go to collect them when they’ve died a natural death so that they can be used for food for locals, and their fur can be sold to artisan brands,” says EcoLife.

Indigenous farmers use the same practices to raise and shear alpaca as their ancestors once did. Modernization has not embraced the use of harsh chemicals. Alpacas are caught, gently sheared, and released back into the wild. The experience may be dizzying, but it’s not harmful in the slightest. According to Busquets, the weaving process has started to incorporate modern technology with artisan hand knitting.

Alpaca fibers are stronger, lighter, warmer, softer, and less likely to pill than their counterparts.

Alpaca is thermally insulating and hypoallergenic.

Fibers are neither bulky nor itchy, and have water resistant properties.

Fur can come from two types of alpaca. 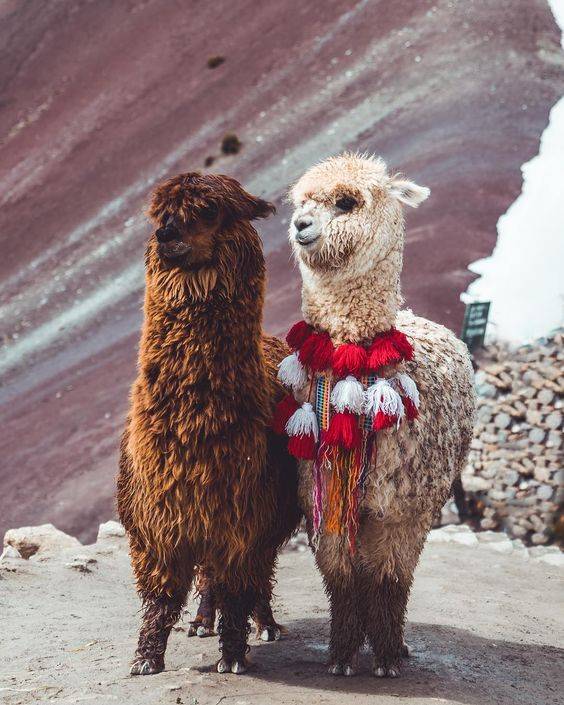